What I did before

Heart failure with a reduced ejection fraction (HFrEF) is the leading cause of cardiac death and hospitalization.1 Treatment of HFrEF is well established and includes therapy with beta blockers, angiotensin converting enzyme inhibitors (ACEI), angiotensin receptor blockers (ARBs) and mineralocorticoid receptor antagonists (MRA).2 These drug classes have proven to reduce mortality and are the cornerstone of medical treatment of HFrEF. Uptitration of beta blockers, ACEI, ARBs and MRAs to target doses is strongly encouraged. Diuretics and digoxin are employed for treatment of symptoms.

Despite these therapies, the morbidity and mortality rate with HFrEF remains high. There have been no advances in drug therapy for HFrEF that have shown significant mortality or morbidity benefit for over 10 years.

What changed my practice

Current established therapies target inhibition of the renin-angiotensin-aldosterone system (RAAS). Endogenous natriuretic peptides modulate vasodilation, natiuresis and inhibit the RAAS.3 Enhancement of the endogenous natriuretic peptide system would be beneficial given its suppression of the RAAS and its positive neurohormonal effects on cardiac remodeling.4 This led to the development of the first oral heart failure drug, sacubitril, that targets the natriuretic peptide system. Sacubitril is the first in class of neprilysin inhibitors (NI) that was approved in Canada in late 2015. Sacubitril/valsartan was established in HFrEF treatment based on the results of the landmark, multicenter randomized controlled PARADIGM HF trial.8 In this landmark study, 8,442 patients with HFrEF (with an ejection fraction < 40%) in NYHA II-IV and on enalapril 10mg twice a day were enrolled. Enrollment also required a BNP greater than 150pg/ml or NT-proBNP  > 600 pg/ml (BNP > 100pg/ml or NT-proBNP > 400 pg/ml if hospitalized in the previous 12 months) and treatment with an ACEI at a dose equivalent to enalapril 10mg twice a day. Patients with hypotension, GFR < 30ml/min/1.732, potassium > 5.2mmol/L or history of angioedema to ACEI or ARB were excluded.

Sacubitril/valsartan may cause B-type natriuretic peptide (BNP) levels to be elevated and N-terminal pro-BNP (NT-proBNP) levels to decrease give the mechanism of action of NI, which can make interpretation of heart failure biomarkers more challenging.

What I do now

The current Canadian heart failure guidelines strongly encourage optimization and maximization of established HFrEF therapies (beta blockers, ACEI/ARB, MRA).10,11  If a patient is still symptomatic (e.g. chronic HFrEF NYHA Class II-IV and a left ventricular ejection fraction < 40%, despite optimally tolerated guideline-driven HF therapies), then referral to a HF program/HF specialist or initiating ARNI therapy should be considered.  Further clinical considerations, patient information and details on how to switch a patient from an ACEI/ARB to an ARNI are provided by the BC Heart Failure Network.12

Sacubitril/valsartan is the first in class of ARNI and has proven its superiority in reducing mortality and morbidity in HFrEF as compared to the use of ACEI. Sacubitril/valsartan should be considered in patients that still are symptomatic despite optimal or maximally tolerated guideline-driven HF therapies consisting of a beta blocker, ACEI/ARB and MRA. Monitoring of patients on sacubitril/valsartan is similar to ACEI (renal function, potassium and blood pressure).

Appendix. Mechanism of action and pharmacology for neprilysin inhibition

Neprilysin is an endogenous endopeptidase which degrades natriuretic peptides (NP), bradykinin and vasoactive peptides. Inhibition of neprilysin prevents the degradation of endogenous NP and results in increased circulating levels of these natriuretic substances. This enhancement of the natriuretic system counteracts the deleterious effects of the RAAS as well as provides positive neurohormonal cardiac remodeling (Figure 1). 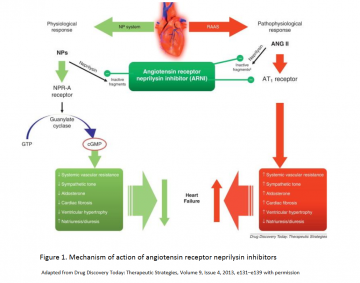 Table 1. Dosage and dosing of sacubitril/valsartan